You may already know I love the movie You’ve Got Mail.

In the (oh so long ago) past, I had a (bad) habit of “small” thinking, which leads to the small life Meg Ryan spoke of. I would think that other successful people had/stole my life.

For example JLo, who started out as a fly girl on the comedy show In Living Color, ended up dancing her way into singing and acting– somehow stole my career path. (yeah I know it’s silly, but hey…)

Then, I was also supposed to be one of Janet Jackson’s back up dancers, so Tina Landon (one of Janet’s best choreographers seen below in the front right) also had my job. 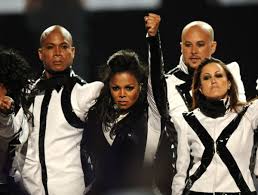 It’s easy to think successful people have some special secret, or a leg up that you don’t have. Thinking successful people have an “in” negates the hard work and many hours of practice they put in (even if you think they don’t deserve the success). All that kind of thinking does is gives you an excuse to stay small.

I encourage you not to count yourself out, knowing that you can and should be more. Even if you are deep in the trenches of job and commute land mixed with raising a family (sound familiar?) move bravely towards your aspirations.

Be brave, live big, be bold!